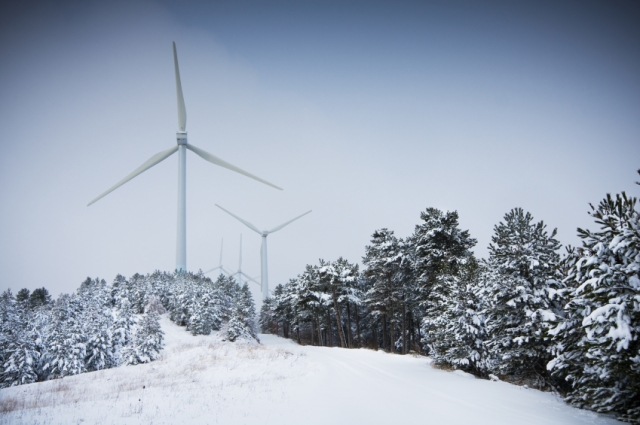 This is the tenth in a series of posts that look at GB Wind Power, in particular at its ability to contribute to peak demand, which occurs in the early evening, reaching its highest values during winter cold spells on working days. This post shows estimates for how much wind power would be produced if the 2016/17 wind generators encounter the weather conditions of the winter of 2009/10. Of particular interest is the wind power produced on the coldest evenings, quantified via the increase in minimum reserve capacity relative to a hypothetical no-wind system.

Data at 30-minute intervals for demand and “Estimated Embedded Wind” were downloaded from National Grid and used to estimate “Residual Consumption” and total wind power (both metered and embedded) at 2016/17 levels. “Residual Consumption” is the name given here to the sum of demand and embedded wind, and represents the consumption not met by  other (non-wind) distributed generators. Metered wind power for 2016/17 is estimated by scaling up the embedded wind data to the typical levels seen for metered wind in late 2016. Embedded wind is scaled-up according to its total capacities in 2009/10 and 2016/17. See the NATIONAL GRID DATA page of this blog for a discussion of the accuracy of these estimation techniques.

The figure below shows the daily peak “Residual Consumption” (in red) and the estimated 2016/17 total wind power (metered plus embedded), for the winter weather of 2009/10: 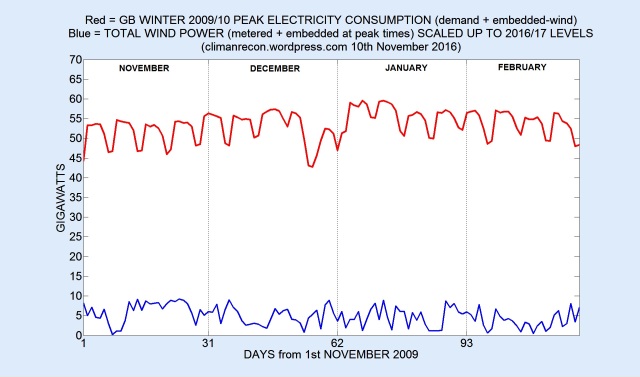 The figure above shows the expected characteristics of GB wind power in winter 2016/17: it will be intermittent, it will be small compared with peak demand, and on some days it will almost vanish at the time of peak demand. To see the amount of wind power at the times of highest peak demand the data are plotted again in the figure below, with an arbitrary offset of 62 GW applied to the demand data. The 62 GW offset is indicative of how much dispatchable power was needed in 2009/10 to meet peak demand. The figure also shows the mean temperature of the Central England Temperature (HadCET) series: 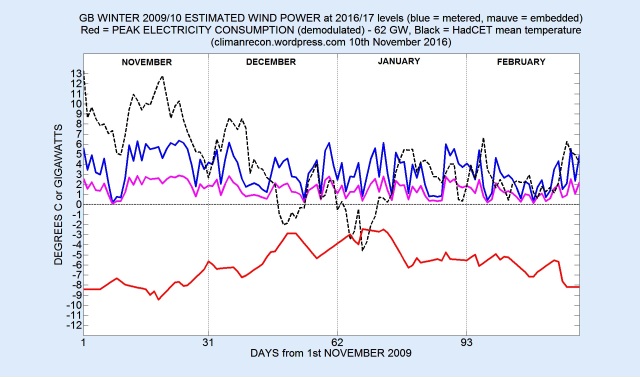 The figure above shows that there were two spells of cold weather, one in December, and a colder one in January, both with some days of relatively low wind. The consumption data in the figure above has been demodulated, with the important cold period shown in more detail in the following figure: 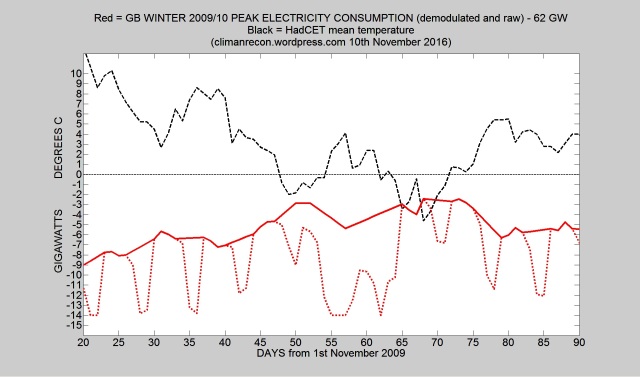 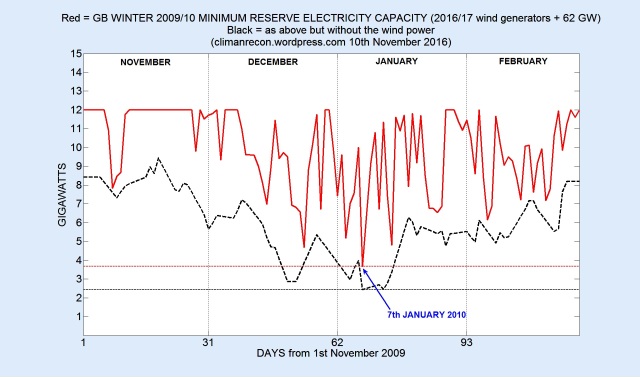 The figure above shows that wind power at 2016/17 levels would provide an extra 1.2 GW of reserve capacity, a low figure relative to the total wind power capacity of around 15 GW.

The following figure shows the half-hourly weather conditions measured at Cambridge for the cold spell in January, showing several days for which the temperature remained below zero degrees C: 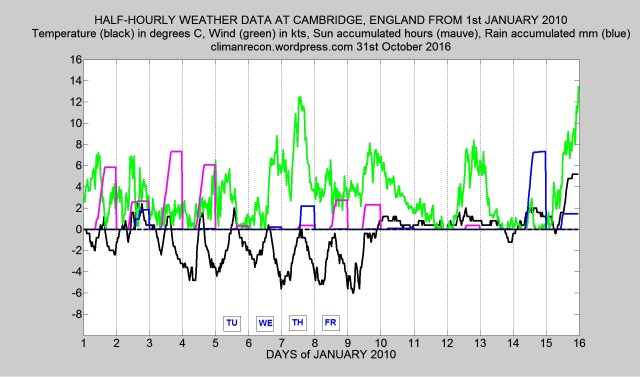 The day of lowest reserve capacity was Thursday 7th January 2010, with the following synoptic chart, confirming the relatively light winds:

National Grid provides the following plot of metered wind power output in 2009/10, confirming its low output at the time of peak demand: 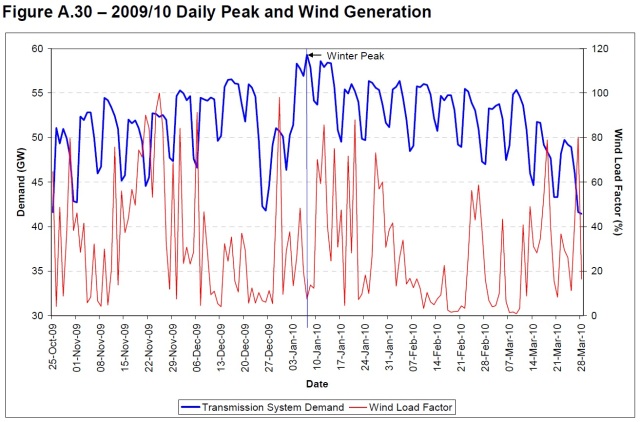 Source of the figure above is the 2010/11 Winter Consultation report, available here: http://www2.nationalgrid.com/UK/Industry-information/Future-of-Energy/FES/Winter-Outlook/

Conclusions will be drawn elsewhere on this blog, based on all winters examined.