In this post I show the local electricity generation and net import for each region of the Australian NEM around the time (7:30 am EST) of a power outage at the Adelaide electric railway system on the 28th April 2016. Queensland, New South Wales and Victoria all had fluctuations in local generation around this time, but all had compensating changes in net import, resulting in plausible variations of total consumption. South Australia had the combination of falling local generation, and a dip in net import, suggesting that the NEM failed to supply sufficient electricity to meet demand, with most of the shortfall occurring in South Australia. This shortfall in supply may have tripped the electric railway system.

The following figures show, for each region of the NEM (excluding Tasmania, disconnected at the time), for the period 6:00 to 9:00 am, the total local generation (black dots), the net import (mauve dots) and the sum of the two just mentioned (blue curve), i.e. the total local consumption.

Each quantity shown is displayed relative to its average value over the period shown (6:00 to 9:00 am EST). 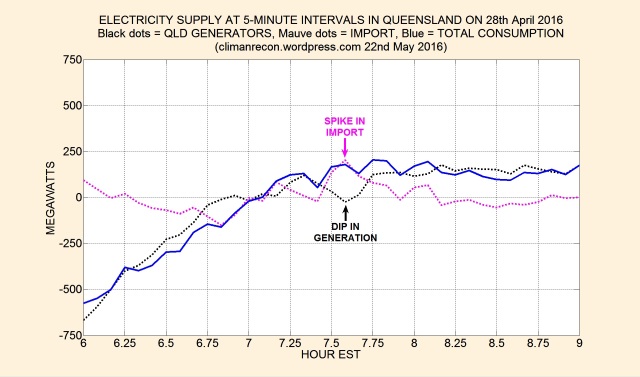 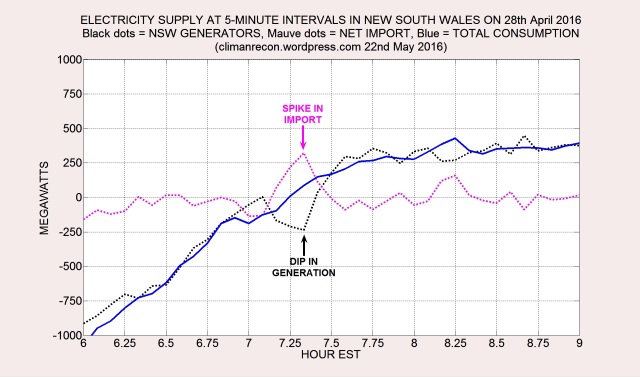 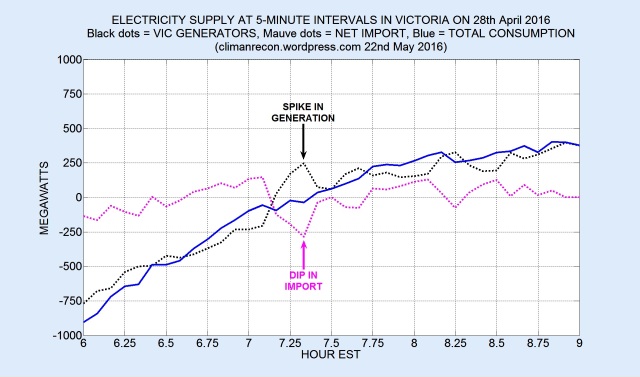 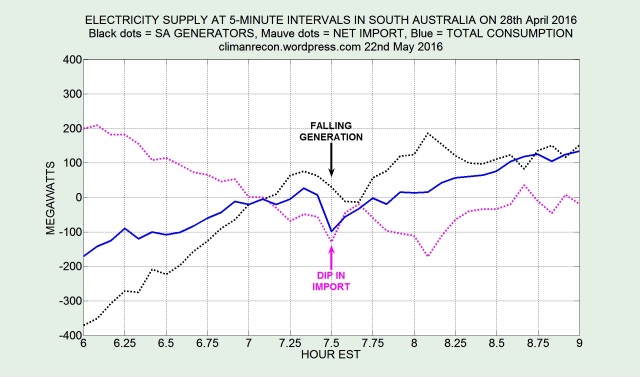 2 Responses to Power Outage in Adelaide on 28th April 2016