The 1898 steps at Capes Otway and Schanck

This post provides graphical “proof” of non-climatic step changes in raw Tmax data from Capes Otway and Schanck in 1898. The seasonal profiles of the steps suggest that they were due to changes in radiation screening, and/or air circulation.

For station ids and a map showing locations see the post Analysis of the 1908 Tmax step at Cape Otway.

The Cape Otway data shown below is RAW data, but with monthly corrections for the 1908 step identified in the post cited above. 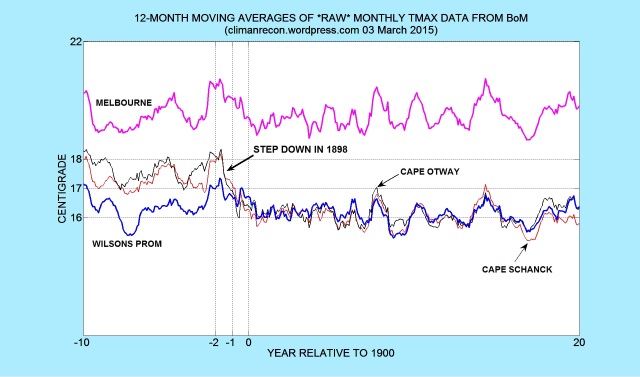 Both Capes Otway and Schanck have large steps down in late 1898, suggesting that both sites were upgraded with systems that provided better radiation screening relative to whatever was in place before the change. 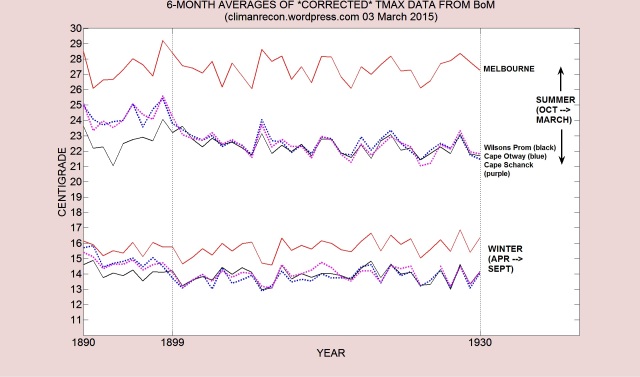 Later posts will check the dates and seasonal profiles obtained above with documentary evidence of system changes at the stations in question.